A guided night sky tour is one of the really special bespoke activities we offer here at the hotel.
Our rural location is also perfect for those who love birdwatching, lovely walks or peace and quiet in which to relax, snooze in a hammock, sunbathe or read.

The almost total lack of light pollution around the hotel  means the night sky is incredibly dark. Our expert English-speaking astronomer Javier demonstrates his powerful telepscopes for a guided tour of the night sky that you won´t forget in a hurry! 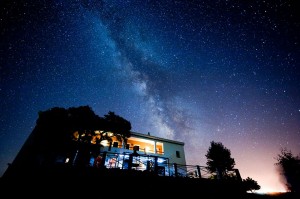 The south eastern corner of Spain is renowned for its clear skies and El Geco Verde´s rural location means you get a superb opportunity to observe starry nights as never before.

“Understanding the vastness of the universe makes one aware of the tiny space we occupy, and the magnificence and beauty of the planet we live on,” says Azimuth workshop leader Javier.
“We use powerful telescopes and easy to understand explanations to bring you closer to the wonders of our universe.”

During Azimuth´s 90 minute presentation you will take a fascinating tour of the night sky while Javi answers all your questions about life, the universe and everything!

Optional refreshments such as cava (Spanish champagne) in summer, or mulled wine and hot chocolate in winter will help make your night with the stars at El Geco Verde something really special (extra cost).

The minimum fee for a stargazing session is €250 so we try to bring guests together for this activity.

NB: Azimuth´s presentations depend on the lunar calendar and the weather. Although every effort is made to predict conditions in advance, we can never guarantee the activity will take place and it is usually necessary to confirm on the day itself.

For more information on guided stargazing go to: http://www.azimuthspain.com/en/

Walking
There are some really lovely walking routes around the hotel, from short strolls to full on four-hour hikes. The terrain is deeply rural and secluded.
Foodies may enjoy a fabulous two hour stroll to the village of Campo Camara, where bar owner Pepe serves the local specialities Cordereo Segureño (mountain reared lamb) and Morcilla (Spanish black pudding) served with very good local wine made in the village.
If you opt for a short stroll our lovely dog Lola will be only too glad to go with you, provided there is no running involved! Just decide how long you want to walk, ask your host Des for recommendations and a map and he will point you in the right direction. This is of course a free activity, though Lola may insist on some stroking in return for keeping you company. 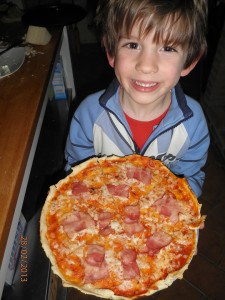 Pizza making (low season activity)
You can learn how to make authentic Italian Pizza and Focaccia with our resident Italian chef (Ilaria). This activity is available in the morning and you can then eat your creations for lunch!

Cookery workshops are available only by prior arrangement and last between two and four hours. All ingedients are provided. 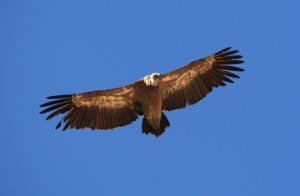 Birdwatching
El Geco Verde is 900m above sea level in the foothills of the Sierra de Castril mountains which rise to 2,000m. With  no roads or other disturbances, just sitting on the terrace or on a short stroll from the hotel you will see some of the amazing birds of this area; in particular, squadrons of Griffon vultures sweeping past on the thermal air rising to the top of the valley, where the hotel is situated. Our proximity to the Sierra de Castril offers a rare opportunity to spot Lammergeiers (Quebrantahuesos), huge bone eating vultures which have been recently reintroduced.

You can read more on birds of the Altiplano on our sister website here: https://www.elgecoverde.com/ING/115/To-do 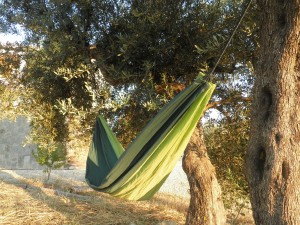 Sunbathing and relaxing
Although there is lots to do in the vicinity, you don´t have to be on the go all the time, so if you´d rather read a book than go kayaking or horse riding that´s fine with us! We have a lovely shady outdoor terrace, sun loungers, hammocks and a swimming pool area where you can kick back and recharge your batteries. And don´t forget there are lakeside beaches, hot springs, idyllic outdoor swimming baths and natural pools in the area. We can also book sessions for you at a nearby spa, so if you´d like to be pampered while the rest of your family is busy canyoning, just let us know!